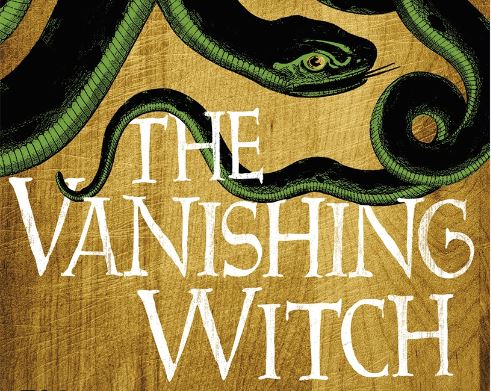 Using the rake to scrape back the soiled straw down to the beaten-earth floor below, Adam threw the sodden tunic into the hole, then heaped the straw back over it. He’d only just finished when Leonia slipped back inside and brought out a folded tunic from under her skirts. He held out his hands for it, but she shook her head.

‘Let me look at your back first.’

‘Don’t be silly, I know you’ve been whipped. Marks are all round your sides. I only want to see if they’ve stopped bleeding. If they haven’t you’ll just spoil another tunic.’

He felt his face grow hot with shame, as he saw again the faces of the laughing boys.

Leonia shrugged. ‘All right, I won’t look, but wrap this round yourself first, so you don’t bleed on the clean tunic.’

She unfolded the tunic. Inside was a long strip of linen, which she handed to him. He tried to wrap it around himself, but the welts and cuts made the twisting and turning needed impossible and, besides, his hands were too clumsy to wrap the linen smoothly. In the end he was forced to let her help him. He expected her to wince and murmur when she saw the welts on his back, as his mother and Beata had always done when dressing a cut finger or a bruised knee. But she said nothing.

‘There’s lots of dry blood on your breeches too, but the tunic’ll hide it till you can change them. You’d better bury them too when you do.’

She handed him the tunic. It was warm and he blushed as he pulled it on, knowing that it had been next to her bare skin. She crossed to the barrel that held the oats for the horses’ feed, swung herself onto it and sat there, her legs dangling. The sunlight, streaming over the top of the partition, haloed her black curly hair, making it gleam. Adam noticed it wasn’t really black at all in the light. It was almost purple, like ripe plums.

‘Schoolmaster do that to you?’ she asked casually.

‘What if he did?’ Adam snapped.

‘What did you do to make him so angry?’

Adam’s gaze dropped at once to the floor and he crouched, picking up a piece of straw and twisting it round his fingers. ‘Nothing. I punched a boy.’

‘Bet he deserved it. Did your master beat him too?’

‘No, he didn’t!’ Adam said furiously. ‘He’s Henry de Sutton. His father has John of Gaunt as a patron. Henry could burn the whole school down and they’d pat him on the head and say it was mischief.’

‘Who do you hate most? Henry or your master?’

Adam stared miserably at the piece of straw he was twisting in his fingers.

‘I think we should punish the master first,’ Leonia said. ‘He’s most to blame, because he’s an adult. They have to be punished the hardest.’

‘Can’t punish masters or any adults,’ Adam said. ‘But I wish I could. I’d make him smart!’ For a moment, a wonderful image came into his head of his master lying bare-arsed over the whipping bench. He could hear him howling for mercy, as the birch descended over and over again. Even shitting himself, maybe. He’d known small boys do that in their terror.

Adam snorted. ‘Don’t be daft. We couldn’t whip him. Can you imagine what he’d do if we asked him to drop his breeches?’

‘We don’t have to ask him,’ Leonia said. She slid off the barrel and picked up a handful of straw. ‘Find me some long pieces. These are too short.’

He didn’t really know why he did as she asked, except that it didn’t occur to him to say no. He searched through handfuls of straw, handing her the longest as he found them. She carefully laid them side by side on top of the barrel. He hunted for the straw for a long time yet he wasn’t bored. If anything, he was enjoying being alone with her. If he found an extra-long piece, she nodded her approval and he found himself wanting to make her smile. Curiously, in spite of his pain, he felt happier than he had since the day his mother had fallen ill.

‘Will this do?’ She held something up in the light. She’d folded the clump of straw in two, twisting a piece round the neck to make a head. Another twist held the torso together at the bottom. Then she’d divided the ends of the straw into two plaits, which made the legs. A twist of straw poked horizontally through the body formed a pair of crude arms. As a final touch she poked two little burrs into the face to make eyes. But no mouth. She hadn’t given it a mouth.

‘You’ve made a silly poppet to play with.’

There was no disguising the disgust in Adam’s voice. She was laughing at him, like all the others. He was on the point of running out of the stable, but she moved swiftly in front of him, blocking his way. She held up the doll again. ‘This poppet is called Master . . . What’s your schoolmaster’s name?’

‘Master Warner,’ Leonia repeated slowly. ‘We must baptise him properly if he is to have a name.’ She carried the poppet over to the pail of bloody water. ‘Come here. You shall be the priest.’ She held out the doll to him and Adam found himself taking it from her. He held it awkwardly, sure she was mocking him, but uncertain what she meant to do.

‘Go on, Adam, dip the poppet into the water three times, right under. Then say his name. Say, “I name you Master Warner.”’

Adam plunged the straw figure into the bloody water. ‘Master Warner,’ he mumbled.

Adam felt utterly foolish, but sensed she would not stop tormenting him until he repeated the words exactly as she’d instructed.

The first time he said it was almost under his breath, but by the third time he found he was laughing. For some reason he could never have explained, he was suddenly elated, as if he really was ducking old Warner himself under the water.

Leonia was laughing too. When he’d finished, she tipped the scarlet water away in the corner. ‘Don’t want anyone finding that and asking questions.’

Adam gazed at her with admiration. He’d never have remembered to do it. She took the wet poppet from him and placed it on the top of an oat barrel, standing the little straw manikin upright so that a little puddle of bloody water pooled at its tiny straw feet.

‘Now, Master Warner, how shall we punish you?’

‘We could hang him,’ Adam said eagerly, entering into the game. He was already casting about for a piece of cord.

‘He’ll die in time, but you don’t want to kill him yet. That’s too quick. You want to hurt him first.’ Leonia searched the stable floor, scattering the straw with her shoe, then pounced on something. ‘I knew there’d be one somewhere.’

It was an old iron horseshoe nail, bent and rusty. It had evidently lain in the straw for some time. Leonia was right: the stable-boy didn’t make a good job of mucking out. She handed the nail to Adam. ‘Choose where you want to stab him. Not in the heart, though.’

Adam glanced up, aware that it was growing dark. The air was still as hot as Beata’s baking oven, but thick clouds were rolling in, obliterating the sun. Leonia’s eyes were glittering in the strange sulphurous half-light and he felt uneasy. It was as if she really believed they could kill old Warner. ‘I think it’s going to rain. We should go in before we’re missed.’

‘No!’ Leonia was not smiling. ‘Adam, remember what he did to you. Think about what it felt like when you were lying there as he flogged you. Think about how much he hurt you when you’d done nothing. You have to go to school tomorrow and they all saw you being whipped. They all know. What do you want to do to him now?’

Seizing the nail in his clenched fist, he threw the poppet face down on the barrel. He raised the nail as high as he could, then plunged it into Warner’s buttocks, his legs, his arms, his back. It was not the straw he was stabbing, but flesh – flesh that could hurt and flesh that could bleed. Adam stabbed again and again, until he was exhausted.

Somewhere in the distance he heard the long, slow rumble of thunder.

Karen Maitland’s THE VANISHING WITCH is out now