‘The echoes of the ghosts still whispered and sang through the cave. I turned to look back at the towering rocks. A red-orange glow danced and flickered through the crevices. The villagers said that whenever the heart of the tor was burning in the darkness it meant Ankow was riding up to the rocks on his skeleton horse, carrying the souls of those who had died. The fire would burn until dawn, and any who were awake in those parts would see the glow of those flames and tremble, afeared that, before the year was out, Ankow would drag them through that crevice into the lands of the dead.’

from A Gathering of Ghosts

One of the ancient superstitions I drew on in my latest medieval thriller, A Gathering of Ghosts, was the belief in a spectral man who was the servant or bondsman of Death. In the Celtic areas of Britain, he was known as ‘Ankow’. In Brittany and in the Channel Islands they called him ‘Ankou’, and in other parts of the British Isles, the ‘Watcher’ or the ‘Dark Rider’. Depicted as a hooded figure, he was tasked with collecting the souls of those who were destined to die. He rode a huge black or skeleton horse, sometimes with a pack of monstrous hounds at his heels. Other tales said he drove a black cart, which was never seen, but only heard rumbling through the lanes in the darkest hour of the night.

Medieval funerals were surrounded by superstition, some of which continued well into the twentieth century.  It was believed that the Devil would claim as his tithe the soul of the first creature to be buried in the graveyard. So, when a new graveyard was opened or extended, a dog or a passing vagabond was buried in the graveyard first. W. Henderson, writing in 1879, said that in the Devonshire village of Bovey Tracy, parishioners had refused to use the new graveyard until a visitor’s servant died and was buried there, after which it was deemed safe. In 1886, when the graveyard of Wainfleet All Saints was extended, the sexton was paid by one of churchwardens to bury a dead dog in the corner after it had been consecrated for burials. This superstition held sway as late as 1958, when a vicar in West Somerset said that he’d been surprised when the first burial in a new graveyard had gone ahead without protests, only to discover that a black dog from the village had disappeared before the funeral, and he heard villagers remark that ‘the sexton knew what to do.’

But if most of those buried in the graveyard were safe once the Devil had claimed his first soul, there was another curse that the living had to protect their dead from. For it was thought that the last person to be buried in a graveyard at the end of the year would become the dreaded Ankow and would be forced to guard the graveyard from evil spirits and serve Death for the coming year. It was a terrifying prospect and in some Irish villages the gravedigger would place a pipe and tobacco in a box on the grave to calm the new Ankow’s nerves, as he began his long and lonely servitude.

In winter or when there were plagues or fevers, deaths naturally increased so it was common for more than one funeral to take place on the same day. And, as the year drew to a close, unseemly scuffles often took place between the two sets of mourners as both raced to get their dead through the lych or coffin gate first, so that their relative would not become Ankow. There are accounts of the horses pulling the coffin carts being whipped to the gallop, and bearers breaking into a run, using their coffin to barge the other party aside. One woman in Aberdeenshire was even killed when she was pushed into an open grave as the two sets of mourners fought each other to prevent the other party burying their corpse first.

However, in some parts of Britain and Brittany, Ankow was ascribed a different origin.  One legend said he was a prince who had foolishly challenged Death to a contest to catch a magical stag and had lost, or that he was Cain, the son of Adam. Another said that he was a spirit created to summon humans to the grave, or guide souls to the lych-ways along which they must travel to the next world.

In some places, Ankow was thought to collect only those that Death had already marked for his own. But in Brittany and also on Dartmoor, Ankow was regarded more like Death himself for he could also choose additional victims. He could touch the hand of any lone traveller he came across, making the person shudder convulsively. If they were touched at night, they might live for another year, or two at the most. But if it was evening, then Ankow would return for their soul within weeks. One Jersey legend says that Ankow has a palace in the underworld, lit by thousands of candles, each one a human life and, when bored, he amuses himself by blowing out some of the flames at random, in readiness for his night’s work. The early morning mist that rises from the ground is the smoke from those snuffed-out candles.

So, be warned if you venture out on Dartmoor alone at night, for you might just encounter a hooded figure you do not want to meet.

‘Meggy spun round as the baying sounded again, closer, much closer. A cloud peeled back from the moon. A thin shaft of snow-cold light fell on the earth and the shadow on the hummock reared up. The black horse and black-clad rider seemed to be staring straight at her. She couldn’t see the man’s face – she wasn’t even sure he had a face. There was nothing beneath the hood of his cloak, save the shadow of the grave.

‘Ankow,’ Meggy whispered, but even as she breathed the name, the moon was swallowed again by the cloud and the figure melted back into the night. The pulsing notes of a hunting horn throbbed on the wind and at once the baying of the hounds excitedly took up the cry. Now she could see them, black streaks streaming towards her, bounding over rocks and crashing through bushes. She turned and ran down the hill, her throat afire, her breath ripping at her side. But even terror could not lend her speed enough.’

from A Gathering of Ghosts 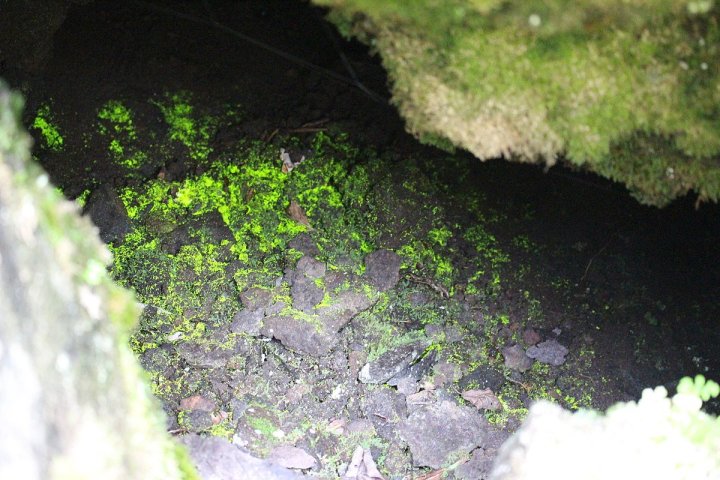