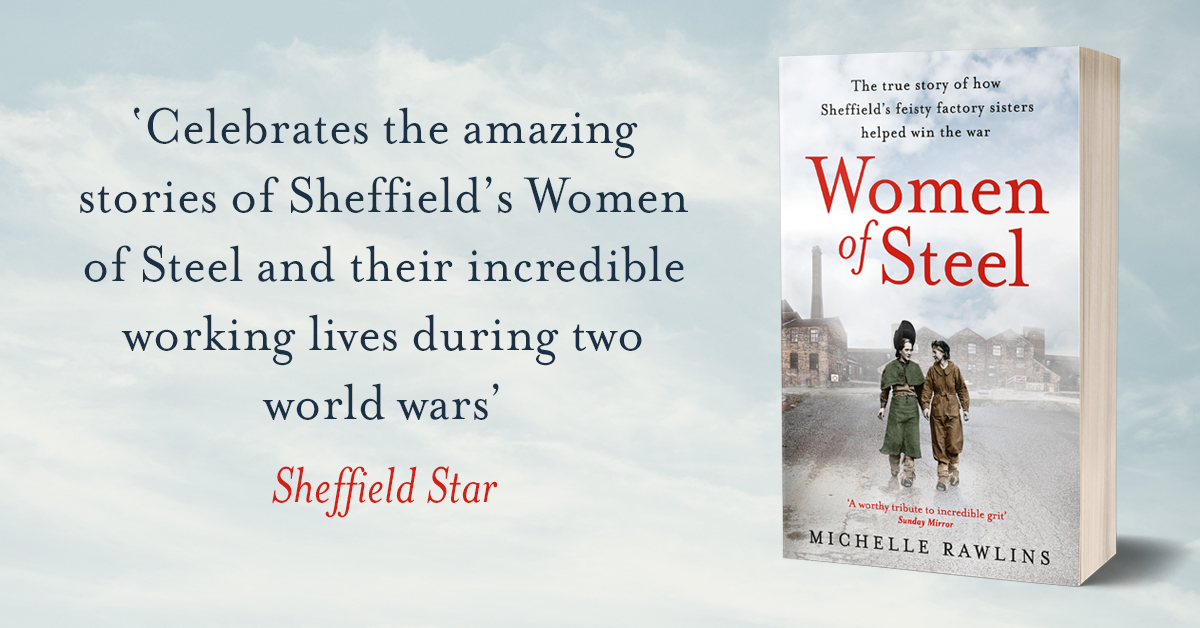 I’ve always been fascinated by social history and listening to stories about how the past has impacted different individual lives and those of future generations. I guess doing a history degree, followed by a career as a journalist specialising in real life features, only increased my interest.

Living in Yorkshire for the majority of my adult life, I was intrigued by the stories that emerged after Kathleen Roberts wrote an article for the Sheffield Star about her time in the city’s steel factories during World War Two. For seventy years, her story, alongside hundreds of others, had gone unheard, despite the remarkable sacrifices women like her had made ‘to do their bit’.

Kathleen, along with many other young Yorkshire women, had responded to the call when the steelworks that lined the River Don were left short-staffed after their male workforce left in their droves to fight for King and country. The factories were needed more than ever to manufacture parts for spitfires, tanks and munitions to help the Allied forces fight their battle against Hitler.

In November 2009, Kathleen’s story of courage, determination and fortitude was heard outside the walls of her family home for the first time. The Sheffield Star began a campaign to recognise this truly incredible generation of women who sacrificed so much to work in the huge, noisy factories for six long years.

They finally received their thanks from the government and later a larger-than-life bronze statue was commissioned and erected in the heart of the city centre. I, like anyone else who had followed the campaign, was delighted these women would never be forgotten.

The Women of Steel statue in Sheffield

It was a couple of years later, when I read another article about the legacy the female Sheffield steelworkers had left behind, that I started searching to see if a book had been written on them. I was stunned when several Google searches threw nothing up. To me, it seemed quite unbelievable that, despite what they had endured, there wasn’t a book specifically dedicated to them. So there began my mission to ensure these incredible women gained their rightful place in the history books.

From the very first chat I had with Kevin Gascoigne, the son of Ruby, who had entered the factories shortly after the Sheffield Blitz, I was left in awe of the stories I heard. Some made me laugh, others left me close to tears but all of them were fascinating, as they revealed what life was really like, in minute detail, during the war years.

I heard stories of sacrifice that left me feeling utterly humbled; mothers who left their tiny babies with relatives, so they could support the war effort, others who lost husbands in the steelworks, due to the none existent health and safety regulations, all of them working in an alien environment that left their ears ringing for hours afterwards.

When I interviewed one lady, Alma Bottomley, she could still clearly recall how the vibrations from the machines and shards of black grit, that ripped through her hair like razor blades, left her close to a nervous breakdown. The family of Dorothy Slingsby told me how their Mum, a crane driver, had on more than one occasion been left in her cab, 30 feet in the air, when the air raid sirens started, and she would have to crawl along the girders to a nearby ladder to climb down. Another woman, Gwen Bryan, explained how a female colleague was left de-scalped after her mop of once long curly hair got stuck in a lathe and was ripped from her head.

These stories weren’t unusual – they became part of everyday life for the Sheffield women who, without complaint, did what was asked of them.

Alongside the hazards they faced on a daily basis, working relentlessly long hours for a fraction of the pay of their male counterparts, these women also endured the never ending feeling of worry wondering if their husbands, partners, brothers, and cousins were still alive. For weeks, they wouldn’t hear news from their loved ones, leaving them in a constant state of angst.

Good news eventually came for many of them, but others opened the door to a telegram bearing word that another soldier had fallen. Gwen told me how she once saw a dead German pilot, whose plane had crashed into the window of C&A, being spat at by people in the street, so she defended the lad, as some poor mother’s son. Gwen later found out her own brother had been killed fighting Hitler’s troops on the very same night. ‘They were awful times,’ she said. ‘Of course, I was devastated but it didn’t extinguish they sympathy I had for the dead pilot or his mum – after all, like my brother, he was just following orders.’

When the war finally came to an end, the sighs of relief were often short lived. Most of the women were told they no longer had jobs and discarded like yesterday’s fish and chip paper, their contribution instantly forgotten. But many had an even bigger job to do, caring for their husbands and partners, who had left as excited fresh-eyed young lads, thirsty for adventure, but came back broken men, psychologically scarred by the atrocities they had endured and witnessed.

One lady, Joan Procter, married her husband, John, three months after he returned, despite only ever being pen pals and never meeting him until he came back to Sheffield. Although she had been aware he had been held as a prisoner of war, she could never, as a young innocent woman, have understood the brutality he’d experienced, that haunted him and their marriage for the rest of their lives.

Kathleen Roberts told me how her beloved husband, Joe, refused to celebrate VE Day, saying he couldn’t smile and laugh after watching so many of his comrades die. Until his final years, he would wake up shaking and sweating most nights, tormented by what he’d seen throughout his time at war. It became Kathleen’s job to hold Joe in her arms, until he finally awoke from the reoccurring nightmares.

I heard as many happy stories as I did sad, and what I was left feeling was the upmost respect and admiration for a generation of women, who not only answered their call for duty, but never asked for anything in return. Instead, they carried on with their lives, helping those they loved to find a way of accepting what had happened.

But that does not mean they should be forgotten. If anything their humbling attitude only adds to the reason why this remarkable band of Yorkshire women should be remembered for generations to come. They paved the way for many who walked in their steps afterwards, offering a beacon of inspiration, a steely resilience and fortitude that now, more than ever, feels incredibly relevant. 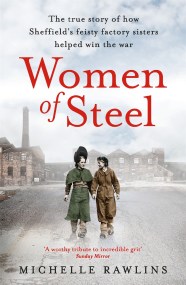 True stories of love and loss during WWII, from the tough Northern women who kept the foundry fires burning.


When war broke out, the young women of Sheffield had their carefree lives turned upside down. With their sweethearts being sent away to fight, they had no choice but to step into the men's shoes and become the backbone of the city's steel industry. Through hard toil and companionship, they vowed to keep the foundry fires burning and ensured that soldiers had the weapons, planes and ships needed to secure victory over Hitler.

When the men returned from the front in 1945, many of these women tragically found themselves discarded 'like yesterday's fish and chip wrappers'. But decades later, a grassroots campaign spearheaded by the elderly Women of Steel finally brought their remarkable story to light.

Women of Steel is the last chance to hear these unsung heroines' voices, as they share first-hand how a group of plucky young women rallied together to win the war for Britain.