Art historian and printmaker Amy Jeffs discuses how founding myths shape political feeling, and how deeply that feeling can run. In her debut book, Storyland: A New Mythology of Britain, Amy brings a fresh perspective to the mythology that flows through Britain for an enlightening, transporting survey of the stories that suffuse our landscape and have shaped its people.

To better understand the great political dramas of the Middle Ages, or indeed any age, we must look to the myths that helped justify them. Take the Plantagenet kings of England. Since the Conquest in 1066, their predecessors and baronage had retained ties with relatives and held lands in France, but when much of that land was lost under King John, tension had begun to grow between the two monarchies. The Plantagenets looked to the people their forebears had conquered, seeking to better define themselves as a continuation of the pre-Conquest monarchy of England. King John’s son, Henry III (reigned 1216-1272), fostered the cult of Edward the Confessor, held then to be the last great Saxon or ‘English’ king, by lavishly refurbishing Westminster Abbey, originally founded by Edward, and bestowing his name upon his son, who would succeed him as Edward I. Henry’s reign also saw the composition of a Life of Edward the Confessor in which the dying saint-king delivers a prophetic vision of a tree from which a limb is severed and replanted, signifying the revival of his line in the person of Henry III. The conceit helped establish the Post-Conquest kings of England as English and so distinguish them from the French.

But England only constituted one territory of the islands known as ‘Britain’ and the Plantagenets were eager to expand their domains domestically as well as overseas. License was found in an illustrious origin myth of Britain composed c. 1136 century by Geoffrey of Monmouth. It told the story of the foundation of Britain and the British royal line by a Trojan called Brutus. According to Geoffrey, Brutus’ right to imperial rule was conferred upon him in a divine prophecy.

The story tells us that Brutus was a Trojan, the great grandson of the same Aeneas to flee the ruins of Troy in Virgil’s Aeneid. After killing his father in a hunting accident, Brutus was exiled from the Trojans’ new home in Italy and sailed the Mediterranean with a fleet of followers, looking for a homeland. He discovered an island, on which stood a deserted temple to the goddess Diana. When Brutus sacrificed a white hart before a statue of the goddess, she appeared to him in a dream. Here is the episode in my own retelling of the legend, Storyland: a New Mythology of Britain:

That night Brutus dreamed that he saw the statue of Diana come to life, swelling in the fire’s silver fumes to a vast and terrible size, swaying like a tree in the wind. Her shoulders were muscular from the draw of the bow, and her face glared after some distant quarry. As her lips parted, he heard her speak. Her voice was like flames in the canopy:

‘Brutus! Beyond Gaul is an island.

But it will become your home.

There you will build a New Troy

And found a royal line

To rule the round circle of the earth.’

And as she cried her prophecy, she flung out her hand to the west, to the place where, just hours before, the sun had extended its last beams, and only when she had fallen silent, with the blaze of her skin still searing his eyes, did Brutus awake. Before him, in the pale gleam of dawn, the marble statue stood, unmoving. Rousing the men, he shared the vision. They were excited. They returned to the ships determined. ‘Who’s afraid of a few far-off giants?’ they said, as the spirit of Diana grew cold.

So Brutus and his followers set off for the island, called Albion, where Corineus, Brutus’ closest friend, led them in defeat of the giants and wrestled the greatest, whose name was Gogmagog. He threw him into the sea at a site Geoffrey calls ‘Gogmagog’s Leap’, traditionally associated with Plymouth Hoe. Brutus then settled down to rule Albion, which he renamed ‘Britain’ after himself. He and his wife Ignoge then raised three sons – Albanac, Camber and (the eldest) Locrin – who inherited three territories of Britain: Albany, Kambria and Loegria, later renamed Scotland, Wales and England.

Well over a century after Geoffrey composed his history, a team of artists and scribes produced a genealogical roll of the Kings of England (Oxford, Bodleian Library, Bodley Rolls 3). Dated to late in the reign of Edward I (reigned 1272-1307), it opens with illustrated narrative roundels showing, among other things, Brutus’ exile and Diana’s prophecy. They are followed by a family tree showing Brutus (ruler of all Britain), Locrin (who received England) and their successors all the way down to the contemporary king, Edward I. Scholars have argued that the roll served his ambition to become overlord of the kingdoms in Britain by implying his descent from the mythic Brutus’ eldest son, Locrin. Certainly, Edward I used the Britons’ origin myth elsewhere to support his claim. It even worked quite well until the Scots started advertising their own story of exile and destiny…

When it comes to the medieval past, tales of founding mothers and fathers, goddesses and giants stoked the fires of war. And while they may be easily dismissed as myth, they are as politically relevant to that age as battlefields, charters and spears. 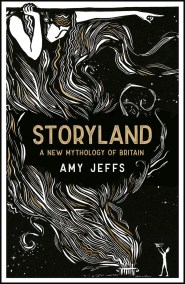 Storyland: A New Mythology of Britain 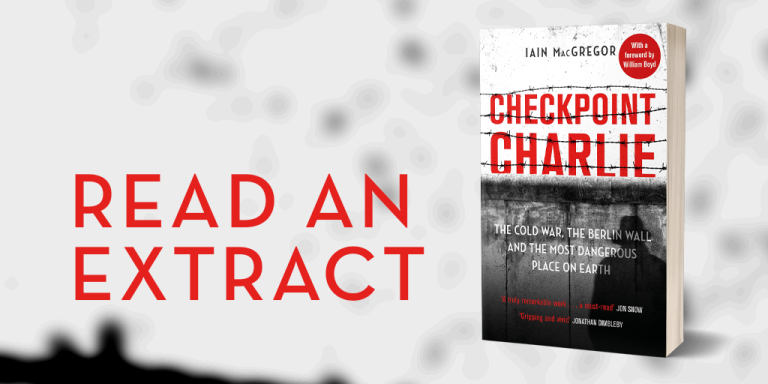 Read an extract from Checkpoint Charlie