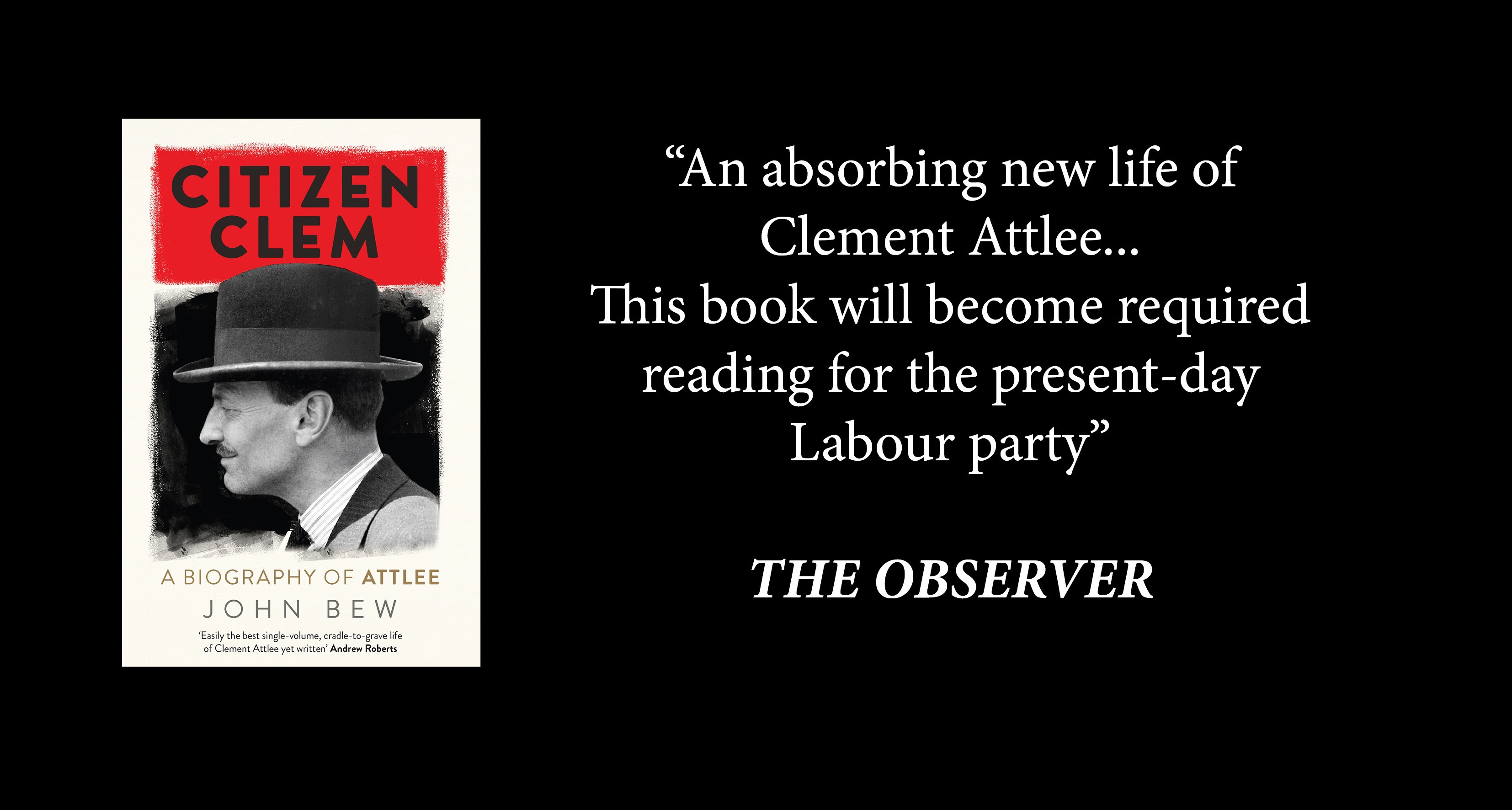 The gallons of ink spilled on Winston Churchill – and the huge appetite for books about him – have created something of an imbalance in our understanding of twentieth-century Britain. Not only does Clement Attlee’s life deserve to have a rightful place alongside the Churchill legend. It is also more emblematic, and more representative, of Britain in his time. It is difficult to think of another individual through whom one can better tell the story of how Britain changed from the high imperialism of Queen Victoria’s Golden Jubilee of 1887, through two world wars, the great depression, nuclear age and the Cold War, and the transition from empire into commonwealth. With the exception of Churchill, there are very few people in British history more closely involved in the conduct of the two world wars, as a soldier and then a statesman.

The story of Attlee is also much more dramatic than he himself ever made out – and not without an element of heroism. Here was a man born in the governing class who devoted his life to the service of the poor, who was carried off the battlefield three times in the First World War, who stood shoulder to shoulder with Churchill as Britain’s darkest moment, and then triumphed over him at the general election of 1945. In many ways we still live in a world of Attlee’s creation. His government of 1945-51 was the most radical in history, and gave us the NHS, National Insurance, NATO and the atomic bomb. The book begins almost exactly a hundred years ago, in 1916, when the future British Prime Minister clambered out of a trench in Mesopotamia and ran at headlong towards the enemy, clasping the red flag of his regiment in his hand.

At the start of the war, Attlee had volunteered for military service and had to try several times to get commissioned because he was over the age for new recruits. During the course of the conflict, he was carried off the battlefield three times, and saw action in Gallipoli, Iraq, and the Western Front. Meanwhile, his older brother Tom was imprisoned as a conscientious objector. Although his political views changed over the course of his lifetime, patriotism was what glued together everything he did. One of his first memories was Queen Victoria’s Golden Jubilee of 1887, when, as a four-year old, he planted the Union Jack on the porch of his parent’s house in Putney. And in February 1933, a month after Hitler became Chancellor of Germany, Attlee replaced a colleague at short notice in a debate with Oswald Mosley, Britain’s fascist leader. He travelled through a snow storm in an open top car only to beat Mosley emphatically in the debate.

In the 1930s, Attlee was sometimes regarded as a pipe and slippers type of figure in British politics. But the drama of that decade soon sucked him in. When and a Labour delegation visited Spain to show solidarity for the Republican fighters during the Spanish Civil War in 1938, they visited the International Brigades on the frontline. The Major Attlee company was formed under the command of William Tapsell, a Communist from east London who had stood against Attlee at the 1931 general election.

If the First World War defined his personal life, it was the Second World War that defined Attlee’s relationship with Britain, and how we remember him today. His favourite political cartoon was ‘All behind you Winston’ by David Low. This portrayed the Labour Party marching behind Churchill in May 1940 on the formation of the wartime coalition. By June 1940, the War Cabinet was divided on whether or not to seek a peace with Hitler. Attlee and his deputy Arthur Greenwood backed Churchill’s decision to keep fighting in a crucial meeting of the War Cabinet, giving him a majority of 3-2.

In fact, Attlee had a lifelong association with Churchill which stretched back to a governess who had once looked after them both as children. As a teenager Attlee read Churchill’s stories from the Boer War with great admiration but by 1911, when Churchill sent in the army to deal with radical anarchists in London, the two men were on different sides. Attlee then fought Churchill’s campaign in Gallipoli. Despite the fact it was a disaster, he always respected Churchill and believed that the strategic idea had been sound.

Attlee’s closest friend in politics was his Foreign Secretary Ernest Bevin, who stuck beside him during the war and helped him win the massive parliamentary majority that brought Labour to government in 1945. ‘If you’ve got a good dog,’ he once said of Bevin, ‘let him bark.’ He was famous for the elaborate doodles he drew in meetings. His private secretary, Arthur Moyle, once said that you could tell Attlee’s moods by the designs – the sharper the edges the sharper his temper. The Prime Minister also became famous for his put-downs to colleagues and rivals. After one wrote to him challenging his leadership, he replied ‘Thank you for your letter, the contents of which have been noted.’ After a monologue by a younger colleague, he stayed silent for twenty minutes and simply replied, ‘Saw your mother last week.’

Attlee’s government was the most important and transformative in the whole of the twentieth century. The Britain we live in today is the Britain of Attlee’s creation. It’s time we got to know the man better.

‘Outstanding . . .Bew’s achievement is not only to bring this curious and introverted man to life but to make him oddly loveable’ Robert Harris, Sunday Times