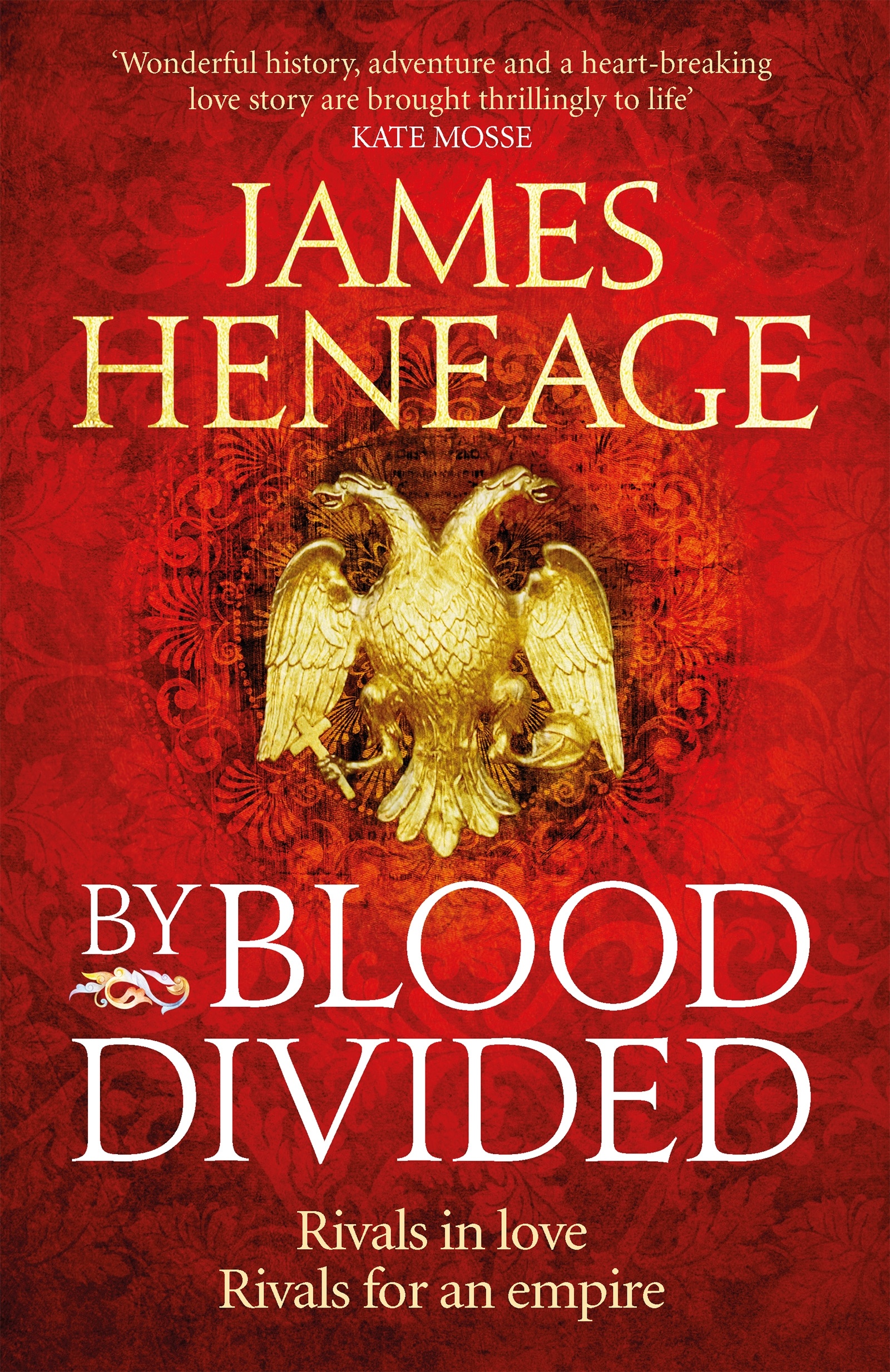 By Blood Divided is the new standalone novel from James Heneage, which has been collecting praise form fellow historical fiction writers at the rate Henry VIII collected wives (basically it’s getting lots).

To celebrate it’s publication day, we’re treating you to this exclusive extract – enjoy!

‘A dramatic read from the very outset’ Simon Scarrow

‘A gripping, epic tale set against a broad and breath-taking European canvas. Do not miss this compelling page-turner’ Alison Weir

‘A stirring tale of the struggle for Byzantium, Heneage brings to life both the tragedy and the heroism’ Tom Holland

‘A grand, sweeping drama of the finest kind, miss this excellent book at your peril’ Ben Kane

In Greece they call it the maistros, the winter wind that blows down from the north-west. That night it roared through the forests and chasms of the Taygetos Mountains then up, up over Mistra’s citadel to fall upon the little city below like a banshee, snatching souls as it passed.

To one in the room, it was a blessing. The flicker of candle, the explosion of lightning through tall windows – both concealed the shake of a man still too angry to speak. Only two of

them could have spoken anyway. The woman on the bed was dead but for the child on top of her, moving to the rhythm of her breathing. An hour into the world, it had yet to open its eyes. The nurse who’d delivered it spoke only when spoken to.

‘Will she live?’ asked Plethon, his head sunk deep within his ancient frame. Death might not be a hazard to a philosopher in his seventies, but Cleope Malatesta was only twenty-one.

The nurse gave a little shrug, crossing herself twice. ‘God willing. It was a hard birth but what I’ve given her will let her sleep.’ She paused. ‘The child is strong.’

‘Then it must be taken now,’ he said softly. ‘While she’s drugged.’ He glanced at the other man. ‘As we agreed, Luke.’

Luke Magoris forced his fists still. It had been agreed but it was wrong. Lightning struck and the world was petrified. The horror of it: a bastard child allowed to live, but only if he be taken from his mother.

And what of the father?

‘She must be told that he died at birth. Giovanni too. Either that or the child dies.’

Above them, the rain rattled the palace roof. ‘I will go too,’ he whispered. ‘I can’t stay here.’

Plethon looked up, his long beard suddenly free from the folds of his toga. He was Luke’s senior by twenty years and everything about him was old and white. ‘To Venice?’

Luke nodded. ‘To run the bank. I was tired of being Protostrator anyway. A younger man can do it.’

Protostrator, second only to the Despot in the kingdom. He’d been it for many, many years but not happily since this despot had taken the throne. Theodore II Palaiologos was spare of spirit, pedantic and querulous. No wonder Cleope had been unable to love him. But could she survive her expedient marriage without Luke there to support her? He thought of the only person who might help her to.

Plethon walked over to the bed, lifted the boy and took him over to the nurse, placing him gently in her arms. Luke noticed blood on the sheet where he’d lain. Whose? He watched Plethon pause to look into the tiny face, then look back at him.

The philosopher turned and led the midwife from the room, taking a candle with him. Luke watched the door close then walked over to the bed. Cleope was almost in darkness. Lightning struck again and two eyes stared up into his. A hand grasped his wrist.

Luke stared back. He’d faced horror in a hundred ways but none like this. Did he have the courage to answer her? He thought of her husband’s face turned away.

Her cry was as unnatural as the lie. It came from deep, deep within a body already opened to pain. He looked down and saw a face trying to shut out his words, tightened and closed against a monstrous fact that was not a fact. Had his words killed her?

He couldn’t stay. One moment more and he’d break an oath sworn by all that was sacred to him. He released her hand, bent and kissed her forehead. He turned.

en if they were only five years old. He watched this one shake his head solemnly.

Luke took his hand. ‘No, Siward. She was having her baby, that’s all.’ He squeezed. ‘I want you to look after her for me.’

He watched the boy’s face open with relief. He’d still have Cleope’s love, even if he didn’t have Luke. ‘Is it a boy?’

‘Will you come back?’ asked the boy.

He tried to smile, cradling the boy’s hand in the big cave of his own where it had once been warm and safe.

‘Of course I’ll come back. I’m only going to Venice. You remember I told you about Venice? It’s where our bank is. It’s time I went to look after it.’

He could bear it no longer. He released Siward’s hand and rose from the bed. He looked up at the sword on the wall, seeing how the blade had turned precious in the soft light. He turned.