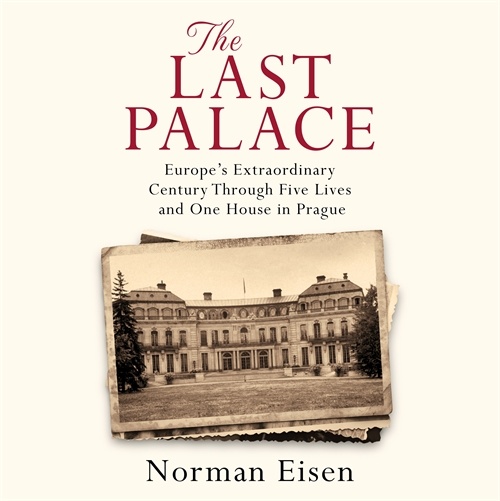 Jeff Goldblum narrates the audio book of Norman Eisen’s THE LAST PALACE – a masterfully told narrative that illuminates a hundred years of European history, as seen through an extraordinary mansion – and the lives of the people who called it home.

And you can listen to an extract here.

When Norman Eisen moved into the US ambassador’s residence in Prague, returning to the land his mother had fled after the Holocaust, he was startled to discover swastikas hidden beneath the furniture.

From that discovery unspooled the captivating, twisting tale of the remarkable people who lived in the house before Eisen. Their story is Europe’s, telling the dramatic and surprisingly cyclical tale of the endurance of liberal democracy: the optimistic Jewish financial baron who built the palace; the conflicted Nazi general who put his life at risk for the house during World War II; the first postwar US ambassador struggling to save both the palace and Prague from communist hands; the child star- turned-diplomat who fought to end totalitarianism; and Eisen’s own mother, whose life demonstrates how those without power and privilege moved through history.

THE LAST PALACE chronicles the upheavals that have transformed the continent over the past century and reveals how we never live far from the past.

THE LAST PALACE is out now