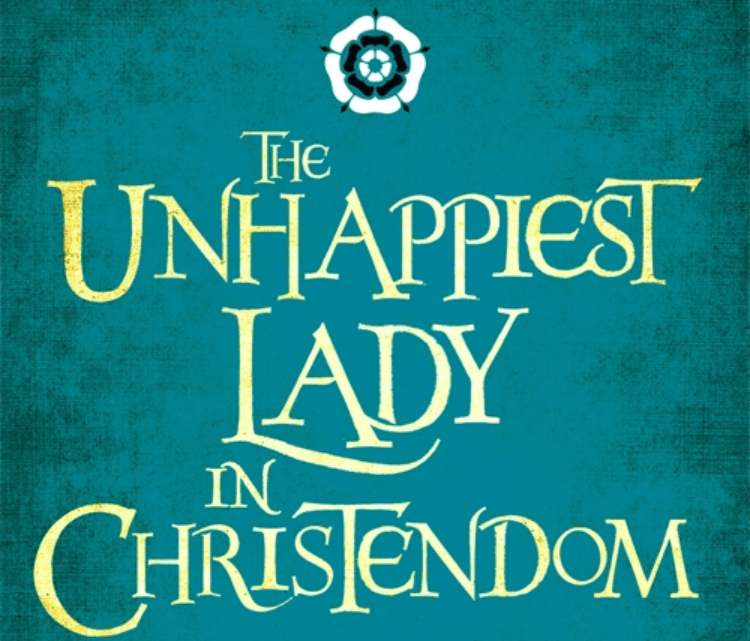 ‘Lord! What lamentation shortly after was made for the death of Queen Jane, and of none in this realm was it more heavily taken than of the King’s Majesty himself.’ Jane Seymour’s passing at 2am on 24 October 1537 ‘was as heavy to the King as ever was heard tell of. Directly she expired, he withdrew himself, as not to be spoken to by anyone.’

Henry VIII could not bear anything to do with death. That morning his horror of remaining in the same house as Jane’s corpse got the better of him, and he fled from Hampton Court to Windsor, leaving Norfolk, as Earl Marshal, and the Privy Council, to look after the funeral arrangements. At Windsor, Henry ‘mourned and kept himself close and secret a great while’.  The Bishop of Durham, tried to rally his spirits. ‘Almighty God hath taken from your Grace, to your great discomfort, a most blessed and virtuous lady,’ he said. ‘Consider what He hath given to your Highness, to the rejoice of all us, your subjects – our most noble Prince, to whom God hath ordained your Majesty to be mother as well as father. God gave to your Grace that noble lady, and God hath taken her away, as pleased Him.’

Yet already, some of Henry’s councillors ‘thought it meet to urge him’ to marry again ‘for the sake of his realm’, in view of the fact that his sole male heir was an infant who might at any time succumb to some childhood ailment.

After a few days, seeing that Henry was taking his loss ‘reasonably’, they laid their concerns before him. ‘The King is little disposed to marry again, and he has framed his mind to be indifferent to the thing.’ But he did not reject the idea. By the end of October, Lord Cromwell was able to inform Lord William Howard that their master’s ‘tender zeal to his subjects hath already overcome his Grace’s sad disposition’, and he had ‘framed his mind’ to a fourth marriage.

Jane was given a magnificent funeral. Her body was embalmed on 25 October, in her bedchamber, ‘and the wax chandlers did their work about her’, wrapping the corpse in waxed ‘cerecloth’ after it had been packed with herbs and spices. Dressed in a robe of gold tissue with the Queen’s crown on its head and some of her jewels, it was ‘reverently conveyed from the place where she died, upon a hearse covered with a rich pall of cloth of gold, and a cross set thereupon’, to the presence chamber, where it lay in state for a week, surrounded by twenty-four tapers, with an altar beside it, ‘richly apparelled with black garnished with the Cross, images, censers and other ornaments’; here, masses were sung night and day for the soul of the departed. ‘Lights were burning night and day upon the altar all divine service time.’ The Queen’s ladies who kept watch over the body wore mourning habits, ‘with white kerchiefs over their heads and shoulders’ to signify that she had died in childbed. They knelt about the hearse through all the services and masses, ‘in lamentable wise’.

The obsequies began seven days later, when Lancaster Herald charged those gathered to honour Jane’s memory. ‘Of your charity, pray for the soul of the Queen!’ The body was coffined and moved to a catafalque set up in the Chapel Royal, where the Queen’s ladies would keep vigil beside it for a further week. Mary paid for thirteen masses to be sung for Jane’s soul, and took charge of her household, which would shortly be disbanded. It was probably Mary who carried out the King’s command that Jane’s beautiful diamonds and pearls were to be given to Lady Carew, as Jane had wished.

Etiquette precluded kings from attending the funerals of their consorts, so Henry took himself to Whitehall, where he ‘retired to a solitary place to pass his sorrows’. Soon, he took up the reins of government once more. In a letter announcing Jane’s death to the King of France, written at the beginning of November, it appears that he had pondered fruitfully on Tunstall’s counsel, yet there is a touch of bitterness in his words: ‘Divine Providence has been good enough to mingle my great joy with the sadness of the passing of her who had brought me that good fortune.’

By 3 November, he was reported to be in good health and ‘merry as a widower may be’’. He would wear full mourning, in deepest black, in Jane’s memory, for three months, and court mourning would last until Easter 1538.

On 8 November, the Lord Mayor ordered 1,200 masses to be sung in the City ‘for the soul of our most gracious Queen’, and a solemn service was held in his

presence in St Paul’s Cathedral. Alms were also given in the Queen’s name to the poor.

That day, Jane’s coffin was taken ‘with great solemnity’ to Windsor, where the King had decided she should be buried. It was borne in procession on a hearse drawn by six horses trapped in black velvet. On the coffin lay a wooden effigy of the Queen (now lost) ‘in her robes of state, with a rich crown of gold upon her head, with her hair loose, a sceptre of gold in her right hand, and on her fingers rings set with precious stones, and her neck richly adorned with gold and stones, and under the head a rich pillow of cloth of gold tissue.

The Lady Mary followed, riding a horse draped in black velvet, and was attended by twenty-nine mourners, one for every year of the late Queen’s life. Behind came two hundred poor men all wearing Jane’s badge and bearing aloft lighted torches. At Colnbrook, Eton and Windsor, the poor men went ahead and lined the streets, while behind them stood the sorrowing crowds, hats in hands, watching silently as the funeral cortege wound its way past them.

At the entrance to St George’s Chapel, within the precincts of Windsor Castle, the coffin was received by the Dean and College, and was carried inside by six pallbearers. Archbishop Cranmer was waiting at the high altar to receive it. The Lady Mary followed the coffin, her train borne by Lady Rochford. After prayers, the body lay in state, and through the night, the Lady Mary kept vigil beside it.

The next day, masses and dirges were sung, and the late Queen’s ladies laid velvet palls upon the coffin, as was customary. Upon the palls was set a lifelike wooden effigy of the Queen that had been carried in the funeral procession, but which has long since disappeared.

On Monday, 12 November, Queen Jane was finally laid to rest ‘with all the pomp and majesty that could be’, ‘in the presence of many pensive hearts’, including those of her brothers, who would from now on enjoy enormous influence as uncles to Prince Edward. The coffin was conveyed on a chariot to the open vault in the middle of choir, before the high altar. After it had been lowered into the vault, the officers of the Queen’s household broke their white staves of office over it, symbolising the termination of their allegiance and service.

On that day, the bells in London tolled for six hours, and on 14 November, a requiem Mass and dirge was held in St Paul’s Cathedral, ‘and in the like manner was sung Mass and dirge in every parish church in London, with all ceremonies, censings and holy water’, bringing to an end the Queen’s obsequies.

Jane’s short, successful career and her tragic end caught the public’s imagination, and she was celebrated in popular ballads long after she was dust. She had achieved nearly everything she set out to do: she had given the King the son he so desperately needed, she had helped to restore the Lady Mary to the succession and her father’s affections, and she had used her influence to bring about the advancement of her family. She had meddled hardly at all in matters of religion or politics. Henry’s grief at her death is testimony of his love for her. It was, in every respect, the most successful of his six marriages, and it was the only one to result in a surviving male heir.

In 1544–5, when Henry was married to his sixth wife, Katherine Parr, he commissioned from an unknown artist a painting of himself, his wife, and his three children, which may still be seen at Hampton Court. Henry is shown seated on his canopied throne in a sumptuous interior in Whitehall Palace. It has been claimed that this is a purely fanciful setting, given that the design spills over the frame, but there are no good reason to suppose that this is not the Presence Chamber at Whitehall, with imaginative embellishments. His bastardised daughter, Mary and Elizabeth, stand at either side of their father, beyond pillars that represent legitimacy. The six-year-old Edward stands at his father’s knee, and sitting beside the King is not Katherine Parr, as might have been expected, but Jane Seymour, wearing the gown in which Holbein had portrayed her in his great lost mural of the Tudor dynasty at Whitehall. The inclusion of Jane in what was not so much a family group as a brilliant example of Tudor dynastic propaganda is proof of Henry VIII’s desire to promote her image as one of the founding matriarchs of his dynasty. For Jane, this was a considerable achievement, considering that her career, from start of her affair with the King in the autumn of 1535 to her death at the height of her triumph in 1537, had lasted just two short years.

When Henry died, he left instructions that he was to be buried with Jane. His will gave detailed directions for the erection of a joint tomb surmounted by effigies of them both, carved ‘as if sweetly sleeping’. It was never built, and today the vault is marked only by a brass plate in the choir pavement. For a time, there was a Latin inscription to Jane’s memory on the brass plate marking the grave, which, roughly translated, read as follows:

‘Here lieth a Phoenix, by whose death

Another Phoenix life gave breath: It is to be lamented much

The world at once ne’er knew two such.’

In 1813, the tomb of Henry and Jane was opened by order of the Prince Regent. Inside were found two coffins, one very large of antique form, and another very small, as well as the coffin of Charles I and that of one of Queen Anne’s infants. Henry’s coffin was opened, revealing a skeleton 6’2” in length, with red hairs still adhering to the skull. The coffin containing the remains of Jane Seymour was left undisturbed.

THE UNHAPPIEST LADY IN CHRISTENDOM, an e-short from Alison Weir, is out now

An Unknown Painting of the Young Anne of Cleves

Anna of Kleve vs. Anne of Cleves by Alison Weir 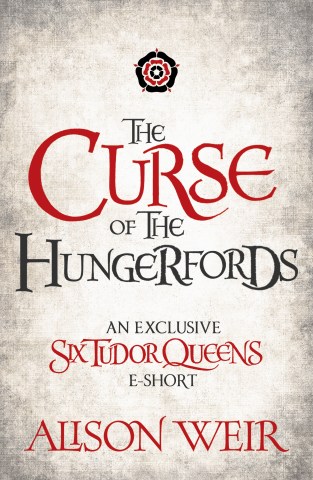 Alison Weir on The Curse of the Hungerfords