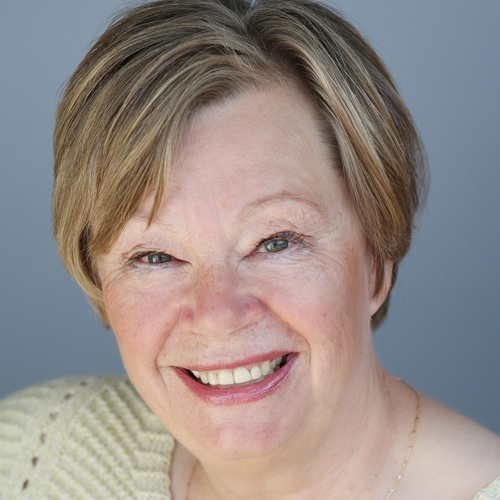 Hi, my name is Jodi Taylor and I’m an author. I’m also a chocoholic, easily confused, clumsy and with the attention span of a – what was I saying?

People ask me how and why I started to write. The short answer is – I was bored. After long, long years in local government, I retired to Turkey – as you do. Typically, after many years hard work for a pitifully small remuneration, no sooner could I legitimately sit in the sun with a glass of something in one hand, and a paperback in the other, than I began to get urges. To write, I mean, before anyone gets the wrong idea.

I’ve always been fascinated by History. I loved the Ancient Greeks, Ancient Egypt, the Romans, the Tudors, Agincourt, Thermopylae, the curse of Tutankhamun, Edward II and his probably fictional red-hot poker, the War of Jenkins’s Ear, and so on. And then, sadly, puberty clashed with O Levels and puberty won. Ladies and gentlemen, in the red corner – sex, drugs and rock & roll. In the blue corner – animal husbandry, Chartists and the Poor Laws.

What were they thinking? It’s as if the education authorities sat down and said, ‘Right, never mind all the good stuff about battles and executions and smuggling babies in warming pans – we’ll give them Jethro Tull, the Spinning Jenny and as many Reform Acts as we can manage. That should ensure we lay the foundations for a lifelong aversion to History.’

One of the many things I’ve enjoyed when writing the Chronicles of St Mary’s series is the number of people who’ve written to say they hadn’t realised History could be so interesting and they themselves have been inspired to go off and research some of the events mentioned in my books.

It’s just dawned on me that as usual I’ve gone racing off without explaining anything properly, so start again, Taylor.

Hi, my name is Jodi Taylor and I write the Chronicles of St Mary’s, the stories of a bunch of time travelling historians who investigate major historical events in contemporary time. Do NOT call it time travel. They work at the Institute of Historical Research at St Mary’s Priory, located just outside the fictional town of Rushford.

A rising sense of power over my characters has enabled me to entangle them in some really exciting events: Persepolis; the Gates of Grief; Bosworth; the Court of Mary, Queen of Scots; the Valley of the Kings – where they all nearly drowned half way up a mountain in a country enjoying less than an inch of rainfall a year; catching the plague; getting themselves trapped in the Great Fire of London; and many other minor inconveniences. Because, as they themselves would be the first to say, who wouldn’t want ‘eaten by dinosaurs’ on their death certificate?

The inhabitants of St Mary’s – frequently described as ‘a bunch of tea-sodden disaster magnets’, are a mixed bunch. The heroine, Max, is a short, dumpy redhead happily bouncing from crisis to catastrophe and back again. For is it not written – where historians go disaster is sure to follow?

Then there’s the indestructible Markham, quietly nursing a secret, and home to every parasite known to man and many that aren’t.

Dear old Mr Swanson, half-blind and in charge of the Poisons Cabinet.

Or Bitchface Barclay – out for everything she can get.

Or Kalinda Black, tall, blonde, blue-eyed, looks like a Disney princess and drinks the blood of trainee historians to keep herself young.

Or Clive Ronan, renegade historian, leaving a trail of dark destruction in his wake.

Or enigmatic Leon Farrell, the still small voice of calm in the mayhem of St Mary’s.

And many more. I’ve created a whole cast of eccentric weirdos for no better reason than I’m the author and I’m in charge. Which actually is something I discovered to be completely untrue about half way through the second paragraph of the first chapter in the first book.

Having set up all these characters, I’m afraid people do die – and sometimes quite horribly – because History rarely takes prisoners. One mistake and you’re deader than a very dead thing. I really didn’t want to create a core of characters to whom nothing ever happens. Who manage to escape unscathed every time. I wanted my readers to know that when my characters are in peril there is a very good chance they won’t all make it out alive.

St Mary’s itself is a very British establishment. It’s shabby and battered – a bit like its inhabitants. Funding is always a problem. Nothing works properly. For instance, there’s an R&D department that one day will kill them all. R&D investigate Practical History. How long to pull someone’s brains out through their nostrils? How does a Roman chariot handle? What is Fuchsprellen? How does a trebuchet work? Exactly how far can you fling a dead cow?

Then there’s the Security Section whose main duties appear to be eating ham sandwiches and falling into the lake but who frequently appear at the right place and the right time and make a troubled situation considerably worse.

And the Technical Section, engaged in a constant battle to keep things working and fending off historians whose main purpose is to wreck everything around them. The phrase, ‘It came off in my hand – sorry,’ is often uttered.

I have to say; the books are enormous fun to write. I can make my characters as outrageous as I feel I can get away with. I can swing scenes from farce to tragedy and back again in a single paragraph. Oh, the power!

I suppose what I wanted to do was make History interesting. Because it is. It’s not just dates – History is all about people and why they did what they did. Why their actions led to this event or that event. Why their failure to act was such a catastrophe and the implications of that failure. Because, as my historians frequently tell each other, ‘Nothing happens in isolation. Everything is connected to everything else.’ Which is perfectly true. Hundreds of millions of events – big and small – all combined to put us exactly where we are today. Whether that’s a Good Thing or a Bad Thing, of course, we often don’t know because we’re in the middle of the wood and can’t see the trees. I often wonder what future historians will make of us.

PS – This is St Mary’s – where history is always History. To be treated with respect. Because one wrong move and History will strike back.

JUST ONE DAMNED THING AFTER ANOTHER is the first in The Chronicles of St Mary’s series.

HOPE FOR THE BEST, the tenth, comes out in April and is available to pre-order now.