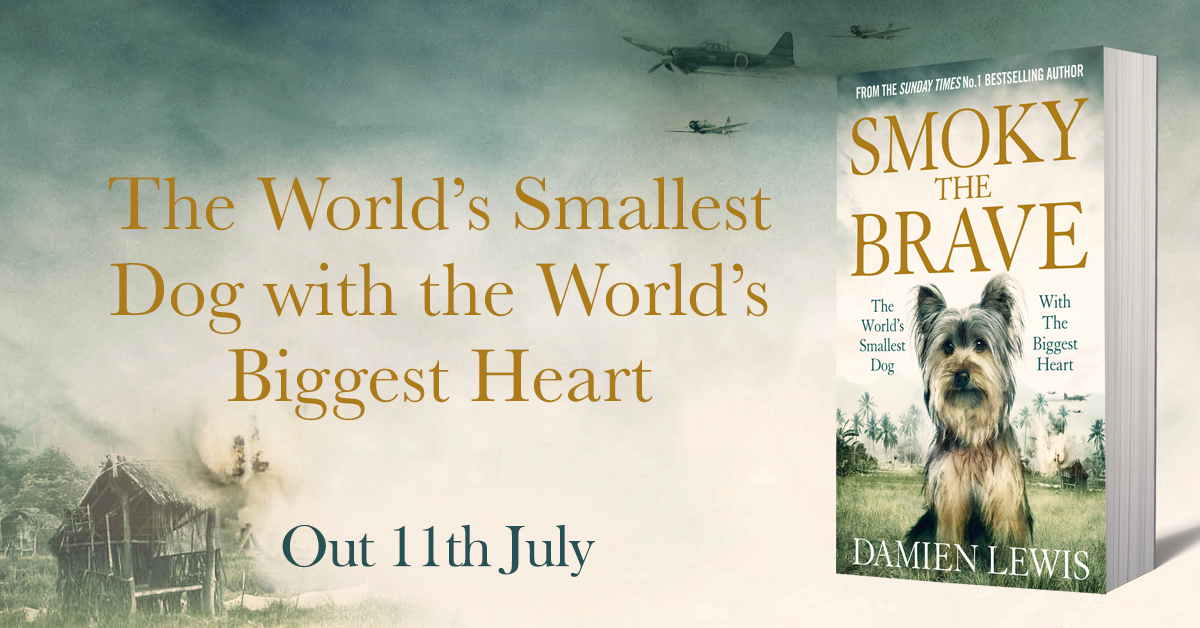 Smoky the Brave is the extraordinary, touching and true story of a heroic dog and her adoptive masters in the jungles of the Pacific War. It’s out in hardback on 11th July and available to pre-order now:

Smoky’s story is a fascinating and gripping one, as much because the tiny little hero of a dog was such an enigma right until after the war had ended.

As Churchill famously once said, she was a riddle wrapped in a mystery inside an enigma. Churchill used that phrase about the Soviet Union and the role it might play after the end of the war. Smoky was such a mystery because she was discovered by Allied troops on the remote Island of New Guinea, abandoned in a foxhole in the midst of the steaming jungle.

Those who founded her were at a loss to comprehend how such a tiny little dog could have ended up – and survived – in such a war-torn and hostile part of the world. They could only conclude she must have been some kind of a Japanese military mascot, as the territory had only recently been seized of the Japanese. But when they tried to see if Smoky would respond to commands issues in Japanese, their interpreter could get no response. Even more enigmatically, no one could identify what her breed might be. She was of a type of dog never seen by any of them before.

Of course, Smoky was a Yorkshire Terrier, a breed then little-known outside of the UK. It took many months for the soldiers – who adopted her as their squadron mascot – to discover this, but that did little to solve the wider mystery.

How had a dog originally bred in England to hunt vermin – a ratter – end up lost in the deep New Guinea jungle in WWII? In part it was the unravelling of that mystery – coupled with the tiny dog’s immense heroism – that compelled me to write her story. That, plus the peerless work carried out by the 26th Photo Reconnaissance Squadron, the unit that adopted her. The photo recce pilots – who flew unarmed and unescorted deep behind enemy lines – remain in many ways the unsung heroes of WWII. It has been a privilege to tell their story, as well as that of their hero dog.