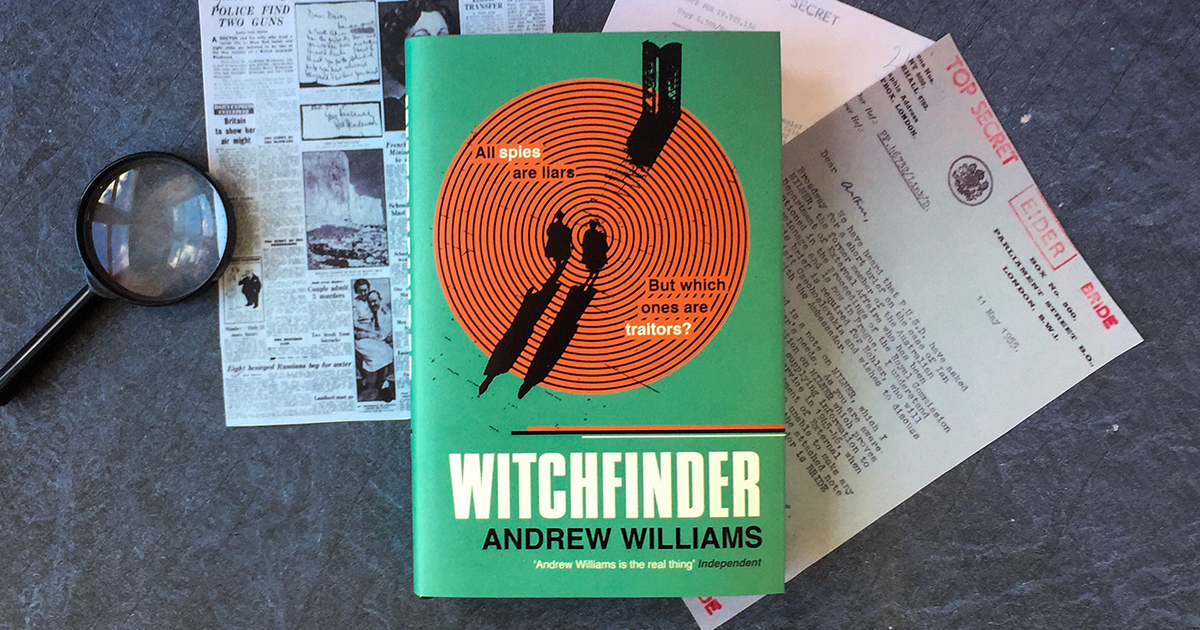 In my first days at the BBC, more than thirty years ago, the struggle between Her Majesty’s Government and a frail pensioner down under was at the top of the running order nearly every night. Poor old Peter Wright limping to an Australian court on a stick, the last of his white hair just visible beneath a bush hat. He was an elderly David challenging an army of lawyers. Always a genial smile for the cameras as if he was relishing a contest that was viewed in many places around the world as one old man’s struggle against state censorship.

Wright’s memoir of his years as a senior officer in Britain’s Security Service was a publishing sensation. Spycatcher: The Candid Autobiography of a Senior Intelligence Officer offered a remarkable insight into the workings of MI5 in the years after the defection of Britain’s ‘greatest traitor’, Kim Philby.

Wright was convinced Philby was tipped off by a master spy at the very top of MI5, and his chief suspects were its Director General, Sir Roger Hollis, and his Deputy, Graham Mitchell. British intelligence had been thoroughly compromised, he claimed, and there were spies and communists in government, the civil service, academia and the armed forces, too. Such was the scale of the conspiracy Wright’s memoir seemed like a necessary breach of the Official Secrets Act and nothing short of a public service. That impression was reinforced by the ineptitude of the case brought against him, summed up by the government’s admission in court that it had been ‘economical with the truth’. Wright won the right to publish and died a millionaire.

But in the more than thirty years that have passed since the trial a very different story has begun to emerge from the one told in Spycatcher. The official documents covering the period remain secret but briefings to journalists and academics and an authorised history of MI5 reveal that the Spycatcher investigation ruined the careers of many decent public servants and seriously compromised the efficiency of the intelligences services. We now know Wright and his comrades fell under the spell of the CIA’s counter-intelligence chief, James Angleton, and with his encouragement embarked on a McCarthyite style purge of former-communists and ‘fellow travellers’.

The popular image of the spy catcher is of an elderly, tubby gentleman called George Smiley, well spoken, patient, dispassionate, a man of integrity, with the ‘cunning of Satan and the conscience of a virgin’. Peter Wright was a very different character. He was a man of strong prejudice, contemptuous of many of the people he interviewed in the course of his investigation and resentful of his superiors. Was the master spy at the top of the British intelligence services the Director General of MI5, Roger Hollis, or his Deputy, Graham Mitchell? ‘I knew my choice would be based on prejudice’, he confessed in his memoirs.

Wright admitted to a grudging respect for genuine spies – ‘they had made their choice’ – but wrote disparagingly of the young idealists on the ‘periphery’ of the Communist Party who abandoned it when the crimes of the Soviet Union became widely known. He attacked the ‘Lotus Generation’ of 1930’s students who thought communism was a way to oppose Hitler and fascism everywhere. ‘Their cultured voices masked guilt and fear’, he wrote. ‘I had seen into the secret heart of the present Establishment at a time when they had been young and careless…. I knew too much, and they knew it.’ Many of those ‘young and careless’ students had abandoned communism at the outbreak of the Second World War and become pillars of the Establishment that Wright served and yet deeply resented, and he plainly enjoyed the power he was able to exercise over them in ‘defence of the realm’.

We now know from a secret MI5 review of the evidence after the publication of Spycatcher that the case against the Director General and his Deputy was ‘so insubstantial it should not have been pursued’, and it criticised the investigation for ‘a lack of intellectual rigour’, and Wright personally for ‘inventing evidence’. An episode in Wright’s memoirs illustrates how he set about ‘inventing’ his case. In the summer of 1963 he was given permission to secretly search the Deputy Director General of MI5’s office. Breaking into Mitchell’s desk he found no incriminating papers or photographs, only marks in the dust in ‘the bottom left hand drawer’. The marks, he declared with more confidence than reason could possibly allow, were made by a tape recorder or a camera of the sort issued by the KGB to its agents for copying documents. ‘Only Hollis and I knew I was going to open that drawer’, he wrote. The implication was clear: The Director General had moved the tape recorder or camera to protect his Deputy. Wright’s judgement was so clouded by his prejudice against both men he was ready to offer dust at the bottom of a drawer as evidence.

Witchfinder is a story of the secret state out of control as seen through the eyes of one of Wright’s investigation team. No one is free from suspicion, not even Britain’s Prime Minister. Well pruned intelligence papers from the 1960’s will be released to the public in due course, no doubt. I have had to rely on published sources, in particular Wright’s own account of his investigation and the authorised history of MI5 by Professor Christopher Andrew. Witchfinder is a novel but one that endeavours to challenge the mistakes of thirty years ago when Wright’s ‘candid’ autobiography was the only version of history. The infamous phrase ‘economical with the truth’ that we made so much of at the BBC at the time, I interpret very differently now. The spy catchers, the Smileys, are not always the good guys.

Witchfinder is available to order now.

Read an extract from A Comedy of Terrors by Lindsey Davis