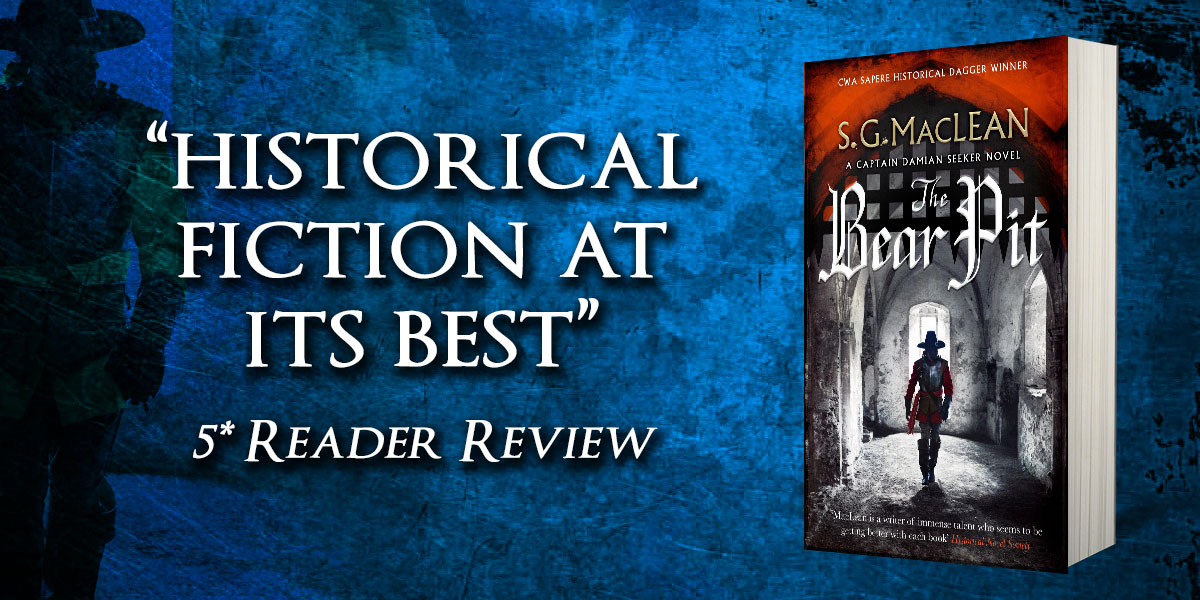 In the 4th book of The Seeker series, Captain Seeker is back in London, on the trail of an assassin preparing to strike at the heart of Oliver Cromwell’s Republic. Take a sneak-peek at the start of the book below…

Boyes stared at the viola case, lying open upon the ground of the courtyard. It was scarcely credible. ‘A blunderbuss?’

Cecil was defensive. ‘I’ll not miss him. Not with this. Not at close range. Besides, what else would you have had me bring? I could hardly have walked openly through the streets with a full-length musket hanging from my shoulder, not today.’

Boyes lifted the weapon out of the case and examined it more closely. It was well made, certainly. The short, large-bore barrel was nicely turned, and the flared muzzle well proportioned for scattering the shot. One musket shot might miss a moving target, regardless of the skill of the marksman, but this would not, at close range. At close range. And therein lay the difficulty. A property closer than this house was to the east door of the abbey, from which Cromwell was shortly to emerge, could hardly have been found – its Royalist tenant had been happy enough to take off for his country estate well before today. But still there was the question of whether they would be close enough, and if they were not, how many innocents would suffer in the blast?

Boyes glanced again at the scaffolding they’d hastily erected against the wall of the yard, on pretence of building work being done. It would be substantial enough for their purposes, and they would not be up there long. In all the security checks carried out for this state opening of Parliament, no one had thought it necessary to check a second time the house of the quiet-living old Royalist colonel. So much for the location. The means was another thing, but while the choice of weapon might leave something to be desired, Fish had assured him that Cecil was one of the best shots in England – at least one of the best that could safely be invited to join an enterprise such as this.

The hubbub from the crowd outside had been building all morning, but within the walls of this small courtyard little was said between the three men. Boyes could feel a stillness in the air, a tightening in his stomach, such as they had all three known in the last hours before the commencement of a battle. On different sides, some of them then, but not now. This business had been a year and a half in the planning, first mooted in Cologne then agreed upon in Bruges. His mind went back to the small, smoky parlour of that house in Bruges, where an assortment of men who would never have thought to find themselves sitting at the same table, still less planning an undertaking such as this, had come warily together. Their plan would have its fruition within the next half-hour and they would go their separate ways again – Parliamentarians, Royalists, Levellers; men of so many different views and grievances, but they had all come to the one conclusion: Oliver Cromwell must die. What happened after that, only God knew.

The Bear Pit is out now. The 5th and final book in The Seeker series, The House of Lamentations is available to pre-order today.