As a historical novelist, you’re always coming across interesting nuggets – things that you could put in novels, be they set pieces, events, characters or even lines of dialogue. (I wrote about this in a previous blog for H for History)

Every now and then, someone strides out of the dusty pages of history and demands your total attention, demands if not an episode, then a novel, maybe two novels, maybe more – and even then there’d still be more to tell. And Erskine Childers is such a man.

I first came across him when researching the origins of the Secret Service for my first novel, The Irregular. The secret services in the UK were effectively brought into being as a response to a spy fever in Edwardian Britain, a fever that came about as a direct response to a slew of sensational spy literature. And the book that spawned this fashion was Childers’ The Riddle of the Sands (1903). A rattling spy thriller set in and around the North Sea and the Channel, it became a runaway best-seller that also acted as a public warning about German invasion. And it was a warning the public took to heart.

So far, so normal – I mean, the book became a sensation, a box office smash, so that’s a normal I’d sign up to – but normal in the sense that Childers was very much behaving by his lights as a British officer and gentleman. I’d almost done with him – he wasn’t going to be a character in my novel, I’d read his, I was ready to move on  – when I found a stray reference to the Irish peace talks in the early 1920s, where he was on the Sinn Fein delegation. What’s this, I thought?

Childers worked for Sinn Fein in the treaty negotiations in 1921 as a secretary, as by this time he fervently believed in Irish Independence. He continued with this belief right into the Irish Civil War of 1922, where he worked tirelessly to propagandise on behalf of the Anti-Treaty side. The Treaty of 1921 made Ireland a ‘Free State’, with vastly increased powers, although MPs still had to swear allegiance to the King (who remained head of state), the British could retain control of some ports, and the North of the country could remain under British control if it so chose. While this was seen as an acceptable stepping stone to many, future president Eamon de Valera and others (including Childers) vehemently opposed and a bitter, violent struggle ensued.

Childers was arrested on 10th November 1922, and hastily put on trial in front of a military tribunal for being in possession of a gun. (A gun given to him by Michael Collins, no less.) After a hurried trial, and an ignored appeal, he was sentenced to death.

And this was only the half of it. I found out that after becoming ever more interested in Irish Nationalism in the 1910s, Childers – along with his American wife Molly Spring – took it upon himself to run guns into Ireland in 1914. That’s right, government employee, former Empire builder, best-selling novelist, took his own yacht (a wedding present, no less) and shipped 20,000 rifles from a barge just off Hamburg into Howth near Dublin. (To find out more about this, try reading my latest, The Year of the Gun – for the event inspired an episode in that book).

What’s perhaps even more incredible is that, a matter of weeks after delivering these weapons of war to effectively enemies of Empire, this best-selling author then signed up to the British Navy – and entered into the war with such gusto that he was decorated for his work at Gallipoli. It was only after the war ended that Childers once more went on his crusade for an independent Ireland – a crusade that led to his death.

Childers was a man of contradictions and passion, an Empire builder and Irish Nationalist, a man of peace and war, a man who repeatedly put his neck on the line for what he believed. For most of us, writing a best-selling novel that almost single-handedly created the genre of spy fiction, would be a defining event in our lives. For Childers, it was incidental.

It is perhaps fitting, then, that a life full of contradiction should lead to such a death – executed by Irishmen, for being too fervent – too intransigent – in his arguments for an independent Ireland. It makes me sad to think of all the other novels he could have written. And it makes my heart break to think of his final words, as he stood at Bush Barracks in Dublin on November 24th 1922, in front of the firing squad. He asked the young lads to step a little closer, ‘It will be easier that way.’

The Year of the Gun by H.B. Lyle, the new book in his acclaimed Irregular series, is published on 5th November by Hodder & Stoughton. 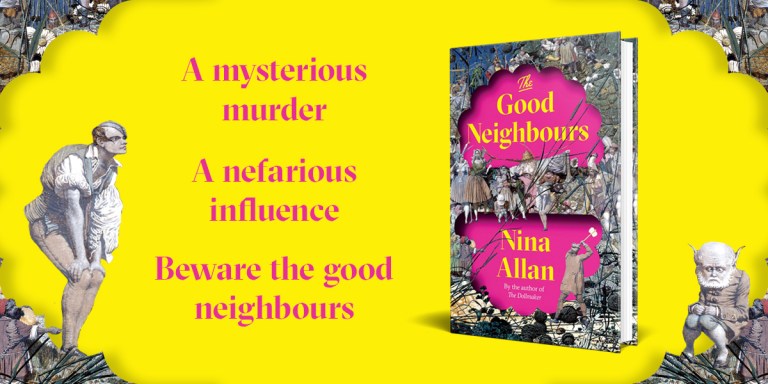 A Darkness in the Neighbourhood, A Twisted Sense of Place by Nina Allen