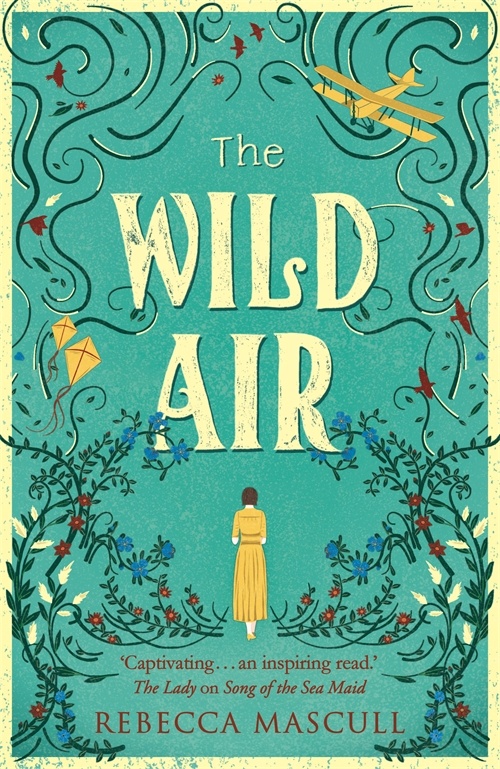 Author of The Wild Air Rebecca Mascull explores women’s position in the aviation industry and the real-life figure of Claude Grahame-White.

A major personality of early aviation, Claude Grahame-White is rightly revered for his place in the history of flying. So, this is what’s true and what isn’t about Claude Grahame-White in my book The Wild Air: he was very good-looking – just look at any photograph! And he was married to a wealthy socialite. He was instrumental in the creation and development of Hendon and the art of flying: just read his book Learning to Fly to hear his expert voice and demonstrate his love for flight.

But his dialogue, personality and of course Della’s imaginings about him that are presented in this novel are pure fiction. In aviation history, one could say that Claude was not particularly an advocate of women pilots. His school at Hendon did offer training to a few women – and in that respect they differed from some other contemporaries who refused to teach women at all – but he did make pronouncements from time to time on women’s natural unfitness for flying. In this respect though one must view him as a man of his time, with typical views of his era. He was such an interesting character, I really wanted Della to meet him – and when she did, and saw what a handsome devil he was, and found herself shoved up against him on the narrow seat of the Bristol Boxkite, she promptly fell for him, much to my disapproval. Well, what can you do with characters? They will up and do their own thing. So, I hope the reader will forgive me for allowing Claude to improve somewhat his rather shabby record towards women in aviation, my only excuse being that perhaps if he’d met Della Dobbs in real life and seen her fly as brilliantly as she did, he might well have changed his opinion slightly, just as he does in this novel. And whatever one might say about his attitudes towards women, there’s no doubt that he was a true hero of early aviation and I have tremendous respect for him. I used his excellent book Learning to Fly, published in 1913, to gain insight into the man and his love for flying.

The Wild Air is published on the 4th May.