I blame the Monocled Mutineer for my love of impostors. The story of Percy Toplis first caught my attention when it became the basis for the TV series of the same name that was shown in the 1980s. I still remember watching it and being fascinated by the idea of someone taking advantage of the world simply by putting on a fancy uniform and speaking with the right accent. Young Percy, a rogue with little education and a strong northern accent, successfully impersonated British army officers during his time as a deserter in the First World War. His is a fascinating tale that ended rather sadly when Percy was shot dead by the British police after the war. There is some debate as to the truth of Percy’s story as told in the TV series, yet it fired my imagination, and it was an idea that I could not resist turning to when I first sat down to write my first Jack Lark book, The Scarlet Thief.

This idea of an impostor has been a recurring theme throughout the Jack Lark series, and so it should not come as a great surprise that it is something I return to in The Rebel Killer, the seventh novel in the series. But here there is a twist, for the imposter in The Rebel Killer is not Jack, but instead it is young woman called Martha.

There are plenty of examples in history to inspire such a tale. The first one I came across was the story of Mary Anne Talbot. Mary’s rather surprising, and astonishingly long, military career began sometime in 1792 when her lover, a certain Captain Essex Bowen of the 82nd Regiment of Foot (Prince of Wales’s Volunteers), enlisted her as his footboy in his regiment under the name John Taylor. The pair stayed together for some time, and I cannot help but wonder what rumours must have surrounded the intimate relationship between officer and orderly in what would surely have been a close-knit regiment. Their romantic tale came to a rather sad and ignoble end, when Captain Bowen was killed at the Battle of Valenciennes in July 1793. Mary herself was wounded in the fighting that saw her find a place on the battlefield amongst the boys who served as the regiment’s drummers. Mary recuperated from her wounds without assistance then deserted; acts that only serve to highlight just how tough, resourceful and downright brave she must have been. Her time in the army behind her, Mary refused to hide herself away and do something slightly less dangerous. Instead, she found her way into the Royal Navy, first as a cabin boy, and then subsequently as a powder monkey. Her time in the navy was no less eventful than her time in the army, and she almost lost her leg to French grapeshot before spending over a year as a prisoner of the French fleet. Quite how Mary continued to successfully pose as a boy both onboard ship, and then again in the grim and unsanitary conditions of a French naval prison, defies belief. When released, it is clear that Mary had lost none of her talent for hiding her true gender as she subsequently signed on in the elevated role of a clerk on an American merchantman (ship) where she even managed to attract the attention of the Captain’s niece. I have little doubt that her magnificent career as an impostor would have continued, however the Royal Navy intervened, and she was seized by an overzealous pressgang, an act that finally compelled her to reveal herself as a woman. Clearly, the idea of spending any more time on a man-of-war did not appeal, and from what I have read of the period I really cannot blame her. Mary’s time in both the army and the navy show just how long an impostor can maintain their charade (there is probably a book or two in there). It is certainly a fascinating tale, and one that proves the old saying that the truth is often stranger than fiction.

For The Rebel Killer, I turned to accounts from the American Civil War for my inspiration. It is said that there are some 400 documented cases of women who fought in the war disguised as men. That number may sound surprising, but it must almost certainly underestimate the true number by some margin. This brutal civil war was not fought in anything like a traditional manner, with hundreds of engagements spread across the whole of the young nation. It was a vicious, chaotic war, and there can be no real way of knowing just how many young women pulled on a blue or grey uniform (or more likely brown or butternut) and found their way into a line of battle in one engagement or another.

The idea of a women fighting alongside men in this conflict is not as preposterous as it might first seem. The American Civil War was fought by all ages, with boys as young as eleven and twelve joining up. Those of you who have read The True Soldier (the sixth Jack Lark novel) will recall the wonderful anecdotal story of the two young lads who slipped a scrap of paper into their shoes with the number eighteen written on it so that they would not by lying to the attestation officer when they claimed to be ‘over eighteen’. Such stories are common, and the demand for manpower was so high that in many cases the only qualification needed to join the ranks of either army was simply the ability to handle a musket. In such circumstances, it is not hard to imagine a young woman being able to masquerade as a lad, and the ranks would surely have been full of youngsters with beardless faces and unbroken voices.

There are many examples to refer to when considering the role of a female soldier. Jennie Hodgers, aka Albert Cashier, is one of the best known. Jennie/Albert enlisted with the 95th Illinois Infantry on 6 August 1862 and served for three long and bloody years as the regiment fought as part of the Army of Tennessee. Jennie/Albert’s time as a soldier clearly did not put her off the idea of living as a man and she continued to live as Albert until 1910 when she was hit by a car, and her biological sex was finally revealed.

Another famous example is that of Frances Clayton, aka James Williams. In Frances’s case, there are a number of wonderful images on the internet that show her in both guises, and the contrast between the two is simply brilliant. Less is known of Frances’s career, but it appears she fought for the Confederacy in a regiment from Missouri and even took part in the battle of Fort Donelson, which appears in The Rebel Killer.

Then there is the slightly more doubtful, but no less inspiring account that I mention in the historical notes of The Rebel Killer. Loreta Janeta Velazquez (aka Lieutenant Harry Buford) was a Confederate spy who also spent plenty of time on the battlefield. Her tale is told in her own, wonderfully titled, book, The Woman in Battle: A Narrative of the Exploits, Adventures, and Travels of Madame Loreta Janeta Velazquez, Otherwise Known as Lieutenant Harry T. Buford, Confederate States Army. There are many questions around the authenticity of Loreta’s self-written account of her exploits, and there is a chance that she was nothing more than a fraud who wrote a work that is more fiction than fact, however as a storyteller, not a historian, I can enjoy the fantastic tale as it is.

All of these women have their own fascinating stories, and there are many more out there should you wish to discover more. Discovering such tales is one of the reasons why I enjoy writing the Jack Lark series so very much, and I love learning more of the period and places where Jack’s adventures are set.

My Jack leads an interesting life, and he meets all manner of people along the way. So, if you want to know how he reacts to discovering a woman carrying a musket on to the blood-soaked battlefield at Shiloh, well – you will just have to read The Rebel Killer to find out.

The Rebel Killer by Paul Fraser Collard is out now 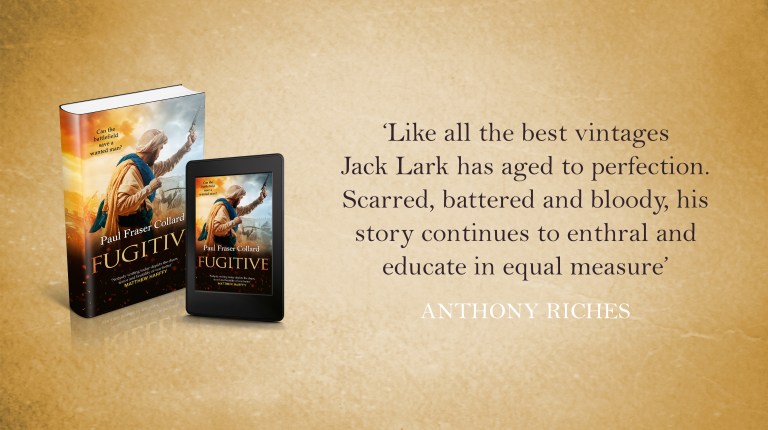 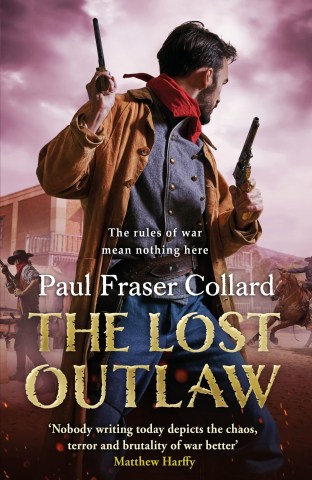