Gill Paul’s Another Woman’s Husband is available now in ebook and from 2nd November in paperback. Here she reveals her six favourite historical fiction novels:

The Poisonwood Bible, by Barbara Kingsolver, is one of my all-time favourite novels. Set in the Belgian Congo in 1959, it is narrated by the wife and four daughters of a Baptist missionary who goes there to convert the locals. Each of the five voices is distinct and compelling, and the story has comic moments at the start but gradually darkens to tragedy as they are confronted by the politics of the era and the harshness of the land. Stunning!

The Paris Wife, by Paula McLain, is a book I would love to have written (although I don’t think anyone could have made a better job of it). It is the story of Ernest Hemingway’s first wife, Hadley, and their life together in 1920s Paris while he is writing The Sun Also Rises, the novel that will make his name. They are deeply in love but the alcohol-fuelled lifestyle and frenetic partying take their toll, and a woman with hair sleek as an otter’s is waiting in the wings. It’s brave to write a historical character in first person but Paula McLain absolutely nails it.

Music and Silence, by Rose Tremain, is a haunting, beautifully written novel set in 17th-century Denmark. I love Rose Tremain’s writing so had to choose one of hers, and loads of scenes and characters from this stick in mind long after I last read it. There’s the vulnerable English luteinist Peter Claire, who falls passionately in love with Emilia, companion to the scheming, selfish Kirsten, who is wife to King Christian IV. It’s big on atmosphere, with a gripping story, and told in an episodic style that has a rhythm all of its own.

Pure, by Andrew Miller, is a book about relocating a graveyard in Paris in 1785, and the man, Jean-Baptiste Baratte, who is tasked with this job. The stench that infects the clothes, food and breath of local inhabitants is so vividly described I swear you can smell it as you read. His prose is divine, and the characters rise up from the pages. I also love his novel Ingenious Pain, set in the 18th century, about a man born unable to feel pain. Both are must-reads.

Birdsong, by Sebastian Faulks, is the reason why I started writing historical fiction – and I don’t think I have cried so hard over any book before or since. Stephen Wraysford’s love affair in France in 1910, Jack Firebrace digging tunnels under the trenches at the Somme, and Stephen’s granddaughter Elizabeth trying to interpret his diaries: the plots are woven together expertly, but it is the graphic descriptions of the tunnels that stick in mind long afterwards.

The Tea Planter’s Wife, by Dinah Jefferies, immerses readers in 1920s Ceylon. She conjures up the lush, fragrant atmosphere with exotic plants, carefully segregated coloured workers at the tea plantations, and secrets around every corner. We fear for 19-year-old Gwendolyn from the start when her new husband fails to meet her off the boat and gradually her true predicament emerges. It’s a moreish, luxurious novel that will make you want to read everything Dinah Jefferies has written. 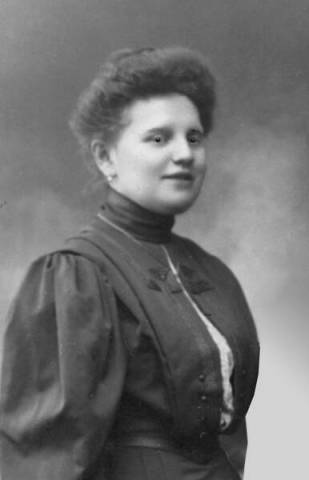