The case of the Central Park Five is being revisited with a new acclaimed Netflix limited series on the subject, When They See Us, directed by Ava DuVernay.

This is the only book that is going to tell you all you need to know about one of the most infamous criminal cases in American history. A trial that, thirty years on, still bears a striking, and unsettling, resemblance to our current political climate in the era of President Donald Trump.

In April 1989, a white woman who came to be known as the ‘Central Park jogger’ was brutally raped and severely beaten, her body left crumpled in a ravine. Amid the staggering torrent of media coverage and public outcry that ensued, exposing the deep-seated race and class divisions in New York City at the time, five teenagers were quickly apprehended – four black and one Hispanic. All five confessed, were tried and convicted as adults despite no evidence linking them to the victim.

Over a decade later, when DNA tests connected serial rapist Matias Reyes to the crime, the government, law enforcement, social institutions and media of New York were exposed as having undermined the individuals they were designed to protect.

In The Central Park Five, Sarah Burns, who has worked closely with the young men to uncover and document the truth, recounts the ins and outs of this historic case for the first time since their convictions were overturned, telling, at last, the full story of one of America’s most legendary miscarriages of justice.

Sarah Burns reflects on the book since it was first published in this exclusive blog post.

When I wrote The Central Park Five, which was initially released in 2011, the men were in limbo. Their convictions had been vacated in 2002, but their lives were still on hold, the lawsuit they’d filed unresolved. Much has changed in eight years.

While writing the book, I collaborated with my husband, David McMahon, and my father, Ken Burns, on a documentary film called Central Park Five, featuring interviews with the men. After working for years on the book and slowly developing trust with Antron, Raymond, Yusef, Kevin and Korey, they were ready to tell their stories on camera and shared heart-wrenching, intimate memories of their experiences with us.

On September 5, 2014, their civil suit ended, when the Central Park Five settled with the City of New York for $41 million, equaling about $1 million per year of wrongful incarceration for each man.

Donald Trump, then still just a real estate mogul and reality TV star, wrote an op-ed responding to news of the settlement for the New York Daily News. ‘It’s a disgrace,’ he wrote, citing an unnamed ‘detective close to the case’ who had apparently called it ‘the heist of the century.’ Others involved in the case have continued to insist upon their guilt up to the present day, including former prosecutor Linda Fairstein, who has come under public scrutiny following the release of When They See Us, a Netflix limited series directed by Ava Duvernay and produced by Oprah Winfrey.

Since the settlement, life has changed for the Central Park Five.

Antron McCray and his family moved from Maryland to Georgia, where they live in a comfortable home on a cul-de-sac. His wife is a nurse, and after the settlement was finalized, Antron quit his job to become a stay-at-home dad to their three children. He bought his mother Linda a house nearby, where she lived and spent time with her grandkids until her death from pancreatic cancer in 2019.

Antron lives a quiet and private life, preferring that those around him don’t know his history, and still fearful of being accused of something he did not do.

Yusef Salaam lives in Georgia with his wife, Sanovia Guillory-Salaam, and their blended family of ten children. They each had three children coming into the relationship and now have four of their own together. He left his job working in hospital technology and now focuses on his work as an activist and public speaker, lecturing about his own story as well as the larger issues of mass incarceration, police brutality, and wrongful convictions. The settlement has made it easier for him to do what he said he had already been doing, ‘fighting for the rights of others.’

Korey Wise still struggles to find his footing. He’s moved a few times since the settlement, between New Jersey, upstate New York, and Harlem, trying to find his ‘comfort zone.’ He says he’s trying to ‘keep it simple,’ and not change too much because of the settlement. Having served a longer sentence in exclusively adult facilities, his experience was radically different from the other men and he sees his own trauma as separate from theirs.

Raymond Santana moved to Georgia after the settlement, where he lives with his daughter. Raymond had been to visit Antron in Georgia while he still lived in New York, and decided to move to the same town, just a few minutes down the road from the man who’d become like a brother to him through their ordeal. Fulfilling his dream of being an artist and designer, Raymond started a clothing line called Park Madison NYC in 2016.

Kevin Richardson and his wife Johansy were married in 2016 in a ceremony on Long Island. Kevin has been raising Johansy’s daughter as his own, and they now have a baby girl. Kevin left his job and has been staying at home with his girls, enjoying being around for the first year of his daughter’s life. They live in New Jersey and he and Johansy are planning to launch their own business.

He feels that now, in his forties, his life is finally complete. ‘I have my wife and kids and that’s all I really need,’ he says. 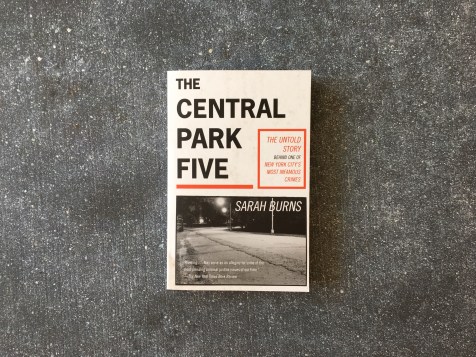